After a short business meeting, Mr. Mick Haven, assistant superintendent of Lake Charles State Park will be the guest presenter. 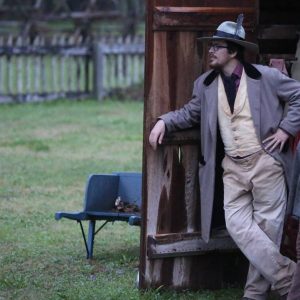 The program, “Bloodletting, Leeches, and Laudanum” will leave you with a newfound appreciation for modern medicine and your doctor! Medicine in the nineteenth century employed strange and painful treatments, which were more likely to harm you than help you. Learn what techniques and treatments doctors would have performed and the strange medicines that were available for Arkansans in the 19th century.

Originally from Houston, TX, Mr. Haven is a graduate of Stephen F. Austin State University in Nacogdoches, Texas where he received his undergraduate degree in History/Geography and his Masters in Public Administration. He was previously a park interpreter for Texas Parks and Wildlife and park manager for the Texas Historical Commission. He has worked for the Arkansas State Parks since 2018 as the park interpreter for Powhatan Historic State Park, and has recently been appointed as the assistant superintendent of Lake Charles State Park.