The Lawrence County Historical Society will meet at 2:30 p.m. on Sunday, October 20th, 2019 at the Powhatan Historic Courthouse.

We will start with a short business meeting with a report from the nominating committee and will elect officers. 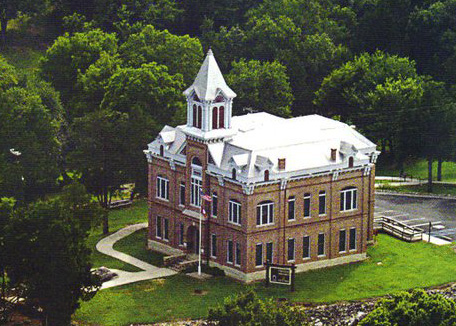 After the business meeting, Dr Blake Perkins, assistant professor of history and the Chair of the Department of History and Political Science at Williams Baptist University in Walnut Ridge, will present research he has conducted on merchant Peter Halderman, free blacks, and racial conflict in Smithville before the Civil War.

A War of 1812 veteran and St. Louis merchant who came to Arkansas in 1828, Peter Halderman established a thriving mercantile on the bank of the Strawberry River and eventually helped behind the scenes to found the Lawrence County-seat town of Smithville in 1837. Halderman, a slave owner when he first arrived to Arkansas, eventually emancipated his slaves and became a well known friend of local African Americans by the 1840s. Halderman had long been a successful merchant and respected citizen in the area, but as regional and national racial tensions escalated in the 1850s, he became increasingly suspect among many of his white neighbors. Halderman and several of the free blacks residing in his household fled the area for the free state of Illinois sometime after an explosive court case in 1858 involving a dispute between a local African American and a white man in Smithville, which was then followed by the state legislature’s Negro Expulsion Act of 1859. Halderman, once a prosperous and respected member of his community, had become an outcast amid the nation’s sectional turmoil by the middle and late 1850s. 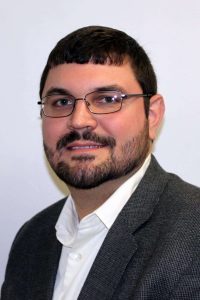 Dr Perkins grew up on a cattle farm in Lawrence County and graduated from Lynn High School (now Hillcrest) in 2004. He earned his bachelor’s degree in history from Lyon College in 2008 and a master’s in history from Missouri State University in 2010. He completed his PhD in history at West Virginia University in 2014 and then returned home to north-central Arkansas. He, his wife Jodie, and their two boys, Maddox and Rylan, live in Lynn. He is the author of “Hillbilly Hellraisers: Federal Power and Populist Defiance in the Ozarks“, which was published by the University of Illinois Press in 2017, and has published numerous articles on Arkansas and Southern history.